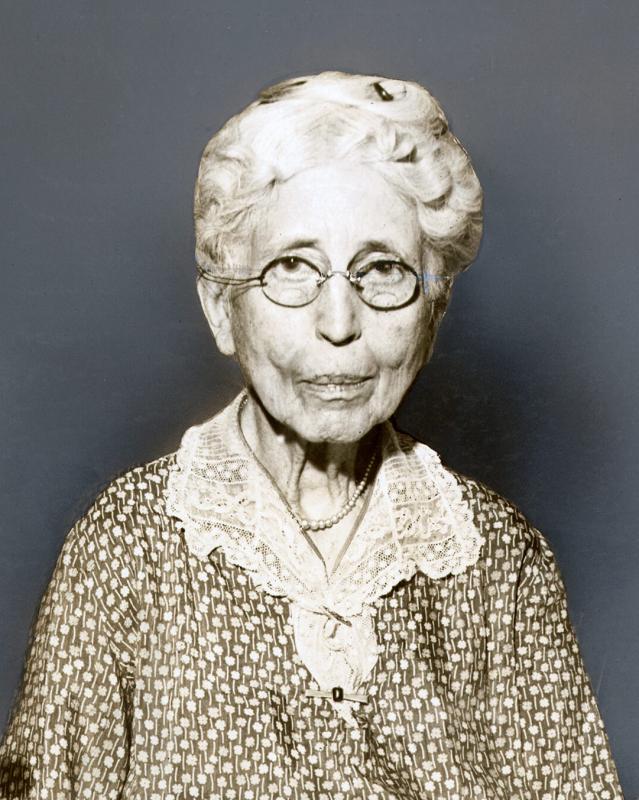 As the first women to enroll at Ohio State, the Townshend sisters left their mark on Buckeye history.

When the university first opened its doors to students in September 1873 as the Ohio Agricultural and Mechanical College, administrators were surprised to see two women among the two dozen students in line to enroll at University Hall.

President Edward Orton, Sr., “almost fainted” upon seeing Alice and Harriet Townshend, who were there to sign up for classes along with their brother Arthur, recalled Harriet in a 1948 interview with The Alumni Monthly. That the Townshend sisters sought to enroll should have come as no surprise; the two had spent the previous several years growing up on the newly built campus along with Orton’s children, exploring the area near their family’s home at 15th Avenue and High Street, even riding horses along campus paths.

Professor Townshend believed his daughters should have the same opportunities as his sons and advocated for women’s suffrage.

The young women had been encouraged to pursue higher education by their father, Professor Norton Townshend, who had been a member of the Board of Trustees before resigning to become a professor of agriculture at the new college. A longtime champion for human rights—he had been a delegate to the World’s Anti-Slavery Convention in 1840 and served several political terms—Professor Townshend believed his daughters should have the same opportunities as his sons and advocated for women’s suffrage.

As a student, Alice, who graduated in 1880, played an important role in defining the Ohio State’s iconic school colors. She, along with Curtis Howard ’78 and Harwood Pool ’81, comprised the committee that selected the colors for the first graduating class’s diploma ribbons. When they discovered that their first choice of orange and black were Princeton University’s colors, they headed back to a dry goods store and chose scarlet and gray in a decision that continues to define Buckeye Nation. “The colors were not significant of anything,” Alice told The Lantern in 1915. “We simply found it was a pleasing combination.”

Harriet, meanwhile, was prevented from graduating by an illness but maintained close ties with the university throughout her life. Appointed to be librarian by President William Henry Scott, she served for 30 years before retiring, and she lived across the street from campus in a house on 11th Avenue until her death in 1950. In a 1948 Lantern article, Harriet described herself as “a strong advocate of higher education for women,” and said she would advise any young person, man or woman, to get “all the education they can get, even in scraps.”