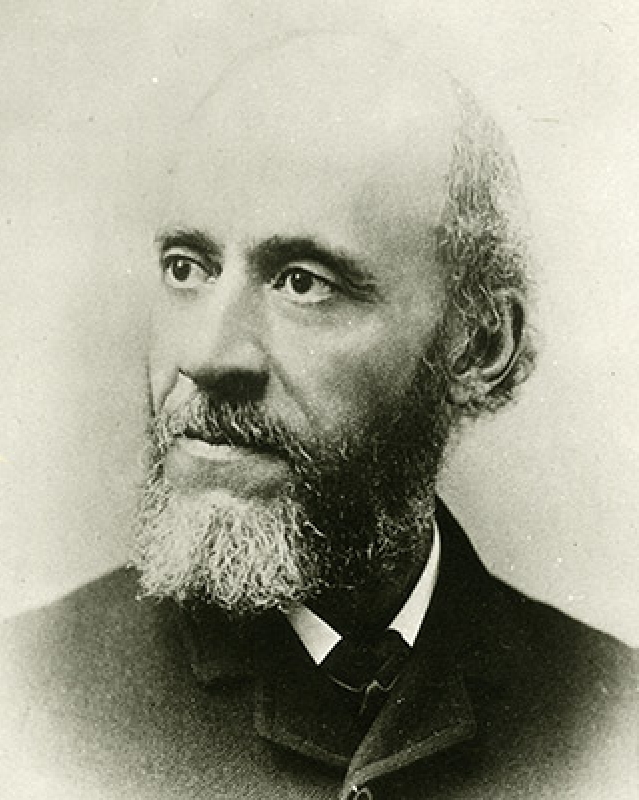 There may have been nearly a century between their appointments, but Peter H. Clark and Patricia D. James ’57 had something important in common: the two became the first Black members of the Ohio State Board of Trustees.

Born in Cincinnati in 1829, Peter Clark was one of the board’s earliest members, serving from 1884-87. A widely respected abolitionist and writer, Clark’s passion for education began when his father sent him to Gilmore High School, a private secondary school serving African American students who were barred from attending public schools. He later received a master’s degree from Wilberforce University.

His remarkable life was filled with many “firsts,” including being the first teacher hired at the first Black public school in Cincinnati, created when the Ohio Legislature authorized public education for Black students in 1849 (he was later fired for praising Thomas Paine). A contemporary and associate of Frederick Douglass, Clark became secretary of the 1853 National Convention of Colored Men, and in 1856 he moved to Rochester, New York, to assist Douglass with publication of Frederick Douglass' Paper. He served as principal of Gaines High School in Cincinnati from 1866-1886, was a conductor for the Underground Railroad, and was the first Black socialist to run for Congress in 1878.

As an Ohio State trustee, Clark was elected chairman of the finance committee. The meeting minutes evidence his attentiveness to the minutia of the university’s early years, with his motions to hire new faculty, set salaries—and even allot grazing pasture for the new janitor’s cow. After he resigned from the board in December 1887 to take a new position as principal of the State Normal School in Huntsville, Alabama, the board unanimously adopted the following resolution in his honor: “RESOLVED, That we desire to place on record our high appreciation of his character and services to the University. He was zealous, unselfish, of broad views on the subject of higher education and exhibited excellent judgment in all matters pertaining to the University. While a member of the Board he bore himself in such a manner as to win the confidence and high regard of all his associates. We sincerely regret his departure.”

Almost a century later in 1972, Ohio Governor John Gilligan appointed Patricia James to a nine-year term on the Board of Trustees, making her the first Black woman to serve and only the third woman in the university’s history. Of the appointment, Governor Gilligan said, “Mrs. James is courageously entering territory which previous administrations have seen fit to maintain as male-dominated. I am confident that her experience, concern, youth, and vigor will make her a vital contribution to the Ohio State Board of Trustees.”

James, a Cleveland native who had received her degree in dental hygiene, became the youngest board member at age 36. The working mother of two had been involved with the League of Women Voters and other volunteer causes prior to her appointment. In an August 1972 profile, she told The Lantern, “Women ought to be able to do whatever they need to do to make themselves happy. There’s nothing wrong with only being a wife and mother if that’s what you want to do. But there ought to be more alternatives open.”

During her term, she served as vice chair and chairwoman of the board. She made students a priority, saying from the start that her “main concern will be for students and what the board can do for them.” In a disagreement over whether the board should award an honorary law degree to former United Nations Ambassador Daniel P. Moynihan, James proved unafraid to weigh into controversy. Moynihan’s reports had victimized Black Americans, James argued, but the board voted 7-2 to bestow the honorary doctor of law degree. Said James, “It was a complex issue and I couldn’t make all my colleagues see the situation from my point of view.”