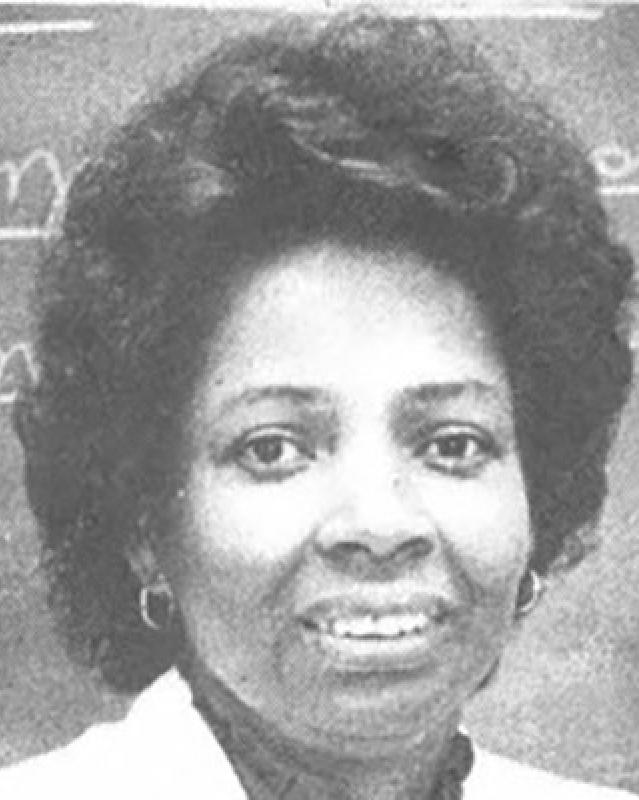 Educator and advisor increases minority representation and creates the Minority Student Association to support their advances.

It’s really rewarding when these students graduate and I see them in many positions, both as supervisors and as successful practitioners. That’s what makes all the hard work and effort worthwhile.

And she achieved all this before finishing her own PhD.

“I’ve worked many hours on weekends, trying to prepare materials for students. I’m very concerned that they have a good education. I’m concerned about their future,” Wilson said during a 1989 interview with The Lantern.

Peggy Wilson was never a stranger to adversity. She was born during the Great Depression in Lexington, Kentucky, at a time when Jim Crow laws, rising rates of violence, and limited educational and job opportunities led many Black families to flee the South.

It would be decades before the landmark Supreme Court case, Brown v. Board of Education, desegregated schools and the Civil Rights Act of 1964 outlawed discrimination based on race, color, religion, sex or national origin.

And yet, despite immense societal barriers, Wilson’s parents, Iva and Dr. Stanford Coleman, were both college-educated and made sure their children had the same opportunities.

Peggy Wilson poses with her microscope in a June 1989 profile in The Ohio State University Monthly
Peggy Wilson, MS ’64, PhD ’93, shown in an April 1989 Lantern article about her Distinguished Teaching Award win.

Like her mother, Wilson attended Fisk University in Nashville, Tennessee. After receiving her bachelor’s degree in 1960, she made her way to Ohio State to pursue an MS in microbiology and a certificate in medical technology. With two degrees and her certificate in hand, Wilson began teaching medical technology courses and, in the 70s, served as advisor to the Black Students in Health Professions group.

Drawing on her experiences as a student, educator and advisor, in 1981, Wilson launched the Minority Student Association in AMP.

“There was no minority support group available when I was doing my graduate work, so I felt there was a need to establish the association,” she shared.

The Minority Student Association offered scholarships, academic and social support programs, and a recognition banquet for graduating seniors. Early program successes led Wilson and the university to win a three-year federal grant from the Department of Health and Human Services.

With this grant, Wilson and colleagues created the Health Careers Opportunity Program to assist economically disadvantaged and minority students in the AMP track.

Within five years of launching these programs, Ohio State’s AMP enrollment among minority students had doubled. The university largely credited Wilson for this achievement.

A statement from then-chair of AMP read, “[Wilson] single-handedly maintains a support network for minority students. She goes beyond the call of duty and has incredible enthusiasm. She’s a marvelous faculty member and person; she does it all.”

For her achievements, Wilson received the university’s Distinguished Teaching Award, Distinguished Affirmative Action award, the Alfred J. Wright award, and honors at the 1987 United Black World Week event, “The Celebration of the Black Woman of Yesterday, Today and Tomorrow.”