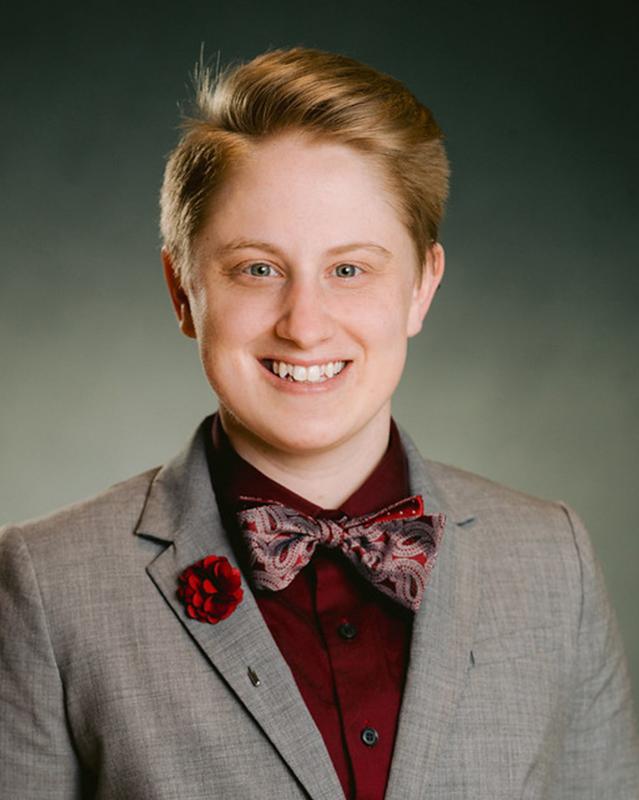 For people who identify as transgender—meaning they do not belong to the gender they were assigned at birth—language is incredibly important.

“Since I’m not a man and not a woman, people tend to be really confused by me,” says Lena Tenney, coordinator of public engagement for The Ohio State University’s Kirwan Institute for the Study of Race and Ethnicity. “I look androgynous, and it’s not clear what box I fit into.” That confusion can lead to mislabeling with the wrong pronouns—“a little daily invalidation of your experience as a person,” Tenney notes.

One easy remedy? “When I meet people, I can tell them my name is Lena and my pronouns are ‘they,’ ‘them’ and ‘theirs.’” And thanks to Tenney’s advocacy, the university now includes a space for employees to include their pronouns and honorifics on email signature templates and business card templates. It’s a best practice being adopted at many workplaces across the nation—though Tenney believes Ohio State may be among the largest organizations to embrace the update.

“One of the many powerful things that folks who are not transgender can do is to normalize it by introducing yourself by your name and pronouns."

Through an ally, they were put in touch with University Advancement, which manages the university’s brand. Tenney was surprised with how quickly and easily the changes were made. “We had a few emails around the details and then a few months later the email signature generator had been updated. If folks want to opt out they can, but adding pronouns and honorific is the standard form Ohio State is using now,” says Tenney, who goes by the gender-neutral honorific “Mx.”

It’s an important change—not just for those who are transgender, but for allies as well. “One of the many powerful things that folks who are not transgender can do is to normalize it by introducing yourself by your name and pronouns,” says Tenney. “When allies carry the conversation forward so that trans folks don't have to do it 24/7, it lessens the burden.”