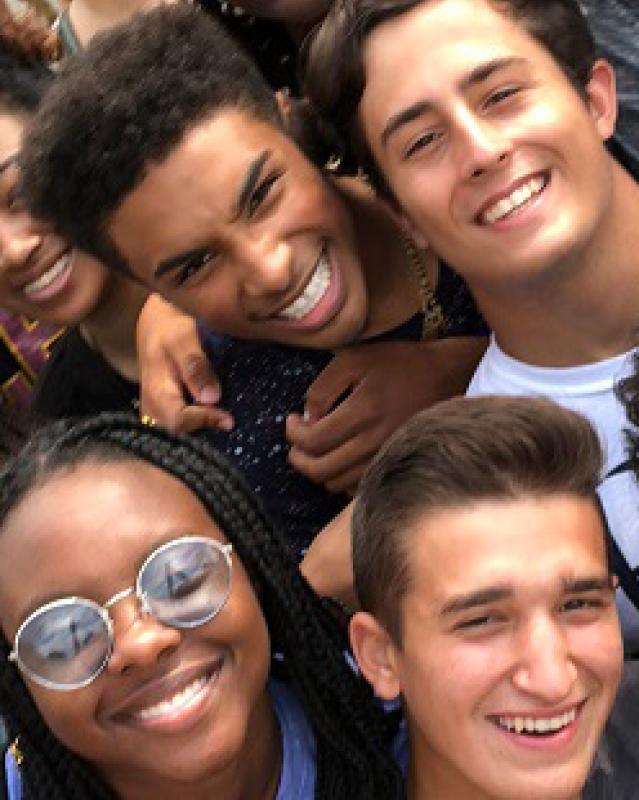 With roots in Black students' activism, one of Ohio State's most prestigious merit-based scholarships goes beyond academics to empower students to advocate for social justice.

The Morrill Scholarship Program’s origins trace back to Ohio State students’ activism in the 1960s says Director Robert Decatur. “Black students made demands from the administration, including the formation of an Office of Minority Affairs, creation of a Black Studies department and an increase in the number of Black students on campus,” he says.

Under the leadership of Vice Provost of Minority Affairs Dr. Frank W. Hale, Jr., the Office of Minority Affairs—now the Office of Diversity and Inclusion—became home to the Minority Scholarship Program in 1982 and helped to increase recruitment of Black and Latinx students on campus. In 2003, following a lawsuit concerning the University of Michigan Law School’s affirmative action policies that went all the way to the Supreme Court, Ohio State proactively changed the program’s name to the Morrill Scholarship Program in honor of the Morrill Act of 1862 that led to Ohio State’s founding.

Through the years, the program has expanded to become more inclusive, opening the door to first-generation and Indigenous students and other students of color. Based on feedback from students, it has evolved over time to take on the expanded social justice focus with what has become its signature programming for student development.

Today, Morrill Scholars are welcomed to campus with early arrival programming and join one of seven themed, student-led teams. Throughout their time at Ohio State, they hone their leadership skills, give back through community service, receive one-on-one mentoring and more. Beginning spring semester 2021, they will also have the opportunity to enroll in “Diversity, Service and Social Justice: A Blueprint for Dynamic Leadership,” the first for-credit course specifically for Morrill Scholars, sponsored by the Office of Diversity and Inclusion.

Among the 1,500 current Morrill Scholars, Kayah Woodford ’23 and Austin Smith ’24 exemplify the advocacy and social justice impact the program’s community-minded activists are having across the world. During the summer of 2020, they led a Black Lives Matter protest of more than 1,000 through their home community of Bexley, Ohio, a suburb east of Columbus where just 6 percent of the 13,000 residents are Black. In addition to the protest, they worked to address racial inequities that they experienced within Bexley’s school system.

Graduates of the Morrill Scholarship Program have gone on to become nonprofit and civic leaders, scientists and more. Two of Ohio State’s eight Rhodes Scholars have been Morrill Scholars. In the 2020-21 academic year, Morrill Scholars Roaya Higazi ’21 and Caleb Hineman ’24 are serving as Undergraduate Student Government president and vice president, respectively.

With its generous scholarship award and social justice-focused programming, the program is helping the university recruit and retain some of the nation’s highest-performing students from diverse backgrounds. Morrill Scholars’ first-year retention rate is 98 percent, and their six-year graduation rate is 90 percent. Eighty percent of Morrill Scholars are also in the university’s Honors & Scholars program, and over 50 percent earn a place on the dean’s list each semester. In 2020, the program won Ohio State’s Distinguished Diversity Award; the Education Advocacy in Higher Education Award from Central Ohio’s Social Justice Awards; and the Columbus Business First Diversity in Business Award for Outstanding Diversity Organization.

“Our students are heavily recruited by the Ivy League system and other top schools, and many end up coming to Ohio State because of the social justice focus,” says Decatur. “It’s very alluring to our students because they’re already doing great things in their communities.”