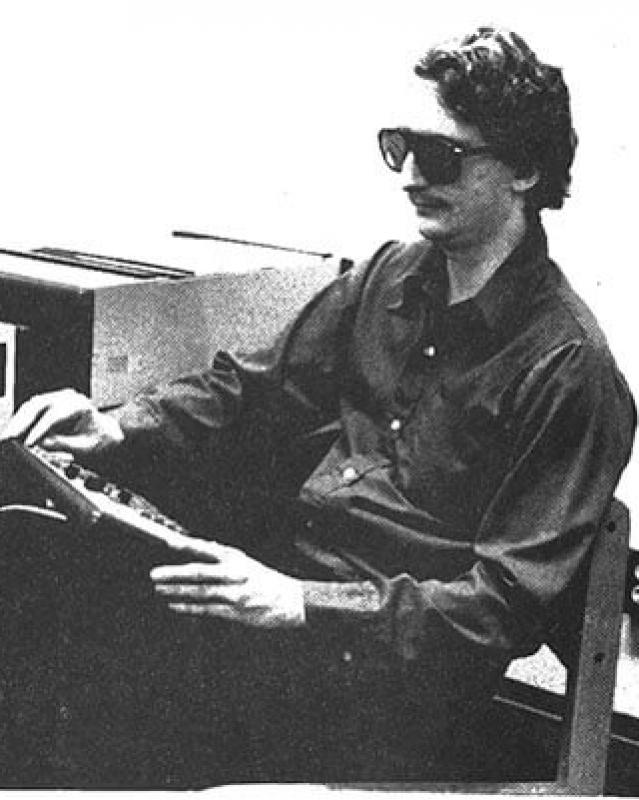 A Library for all users

Visually impaired students struggled to use Ohio State's libraries in the 1970s, but new federal regulation and the efforts of advocates such as Ray Byrd brought about better access and services.

“If you are disabled, you have to be superhuman to survive.”

That’s how student Ray Byrd described the difficulties he faced at Ohio State in 1979. Byrd, who was blind, was speaking to The Lantern about trying to access library materials. “The university further handicaps you by making you depend on its inadequate resources,” he said. “Visually handicapped people cannot do research until they find a sighted person to help them. It ought to be possible for a blind person to walk in a library alone and find out what’s going on.”

A reference facility of sorts for the visually impaired had been in place in Sullivant Hall since 1975. Library Services for the Physically Impaired—originally called the Library for the Blind—was established with a gift from the Class of 1973 and a grant from the Ohio Rehabilitation Services Commission.

LSPI provided visual magnifiers, a typewriter that could generate documents in Braille and another that typed in oversized print, and audio equipment such as tape recorders. However, it fell short of providing full, necessary resources for students with disabilities. Its limited holdings included a self-described “selective browsing collection of books and periodicals in recordings, Braille and large print,” including Reader’s Digest and Newsweek, but no textbooks and few if any academic materials.

"If you are disabled, you have to be superhuman to survive."

Controversy dogged LSPI almost from the beginning. Students complained about its shortcomings. Administrators debated whether the facility even fit the definition of a library. The space itself was inadequate, critics said. There weren’t enough seats to accommodate the volunteer readers who helped some students, and the lack of window coverings made it difficult for low-vision students to see on bright days.

Such disregard to the needs of visually impaired students was typical, said Greg Davis, the library’s one paid staff member, who himself was blind. “There are educational programs for the blind at Ohio State, but there’s a lack of social awareness,” Davis told The Lantern in late 1977. “Blind people aren’t that common on campus, and people don’t know how to approach them.”

As dissatisfaction with LSPI continued, Byrd became a leading advocate for change. In early 1980 he gave a presentation to a meeting of the university’s Library Council. Attendees discussed a proposal that all textbooks currently used in Ohio State classrooms be recorded for the small population of visually impaired students. One concern was the cost of carrying out such a massive undertaking for the benefit of so few, considering the library system’s already tight budget. According to the minutes of the meeting, only six to eight students “regularly” used LSPI. But there was an overarching reason to get serious about making improvements. As described in a document outlining the history of LSPI, the federal Vocational Rehabilitation Act of 1973 specified that “handicapped persons must not be isolated or concentrated in settings away from nonhandicapped persons—a concept described as ‘mainstreaming.’” After much tinkering, the regulation took effect in 1977.

"Blind people aren't that common on campus, and people don't know how to approach them."

All across campus, the university was finding ways to better accommodate physically handicapped students and staff, such as making buildings more easily accessible with wheelchair ramps and other modifications. Thanks to the efforts of Byrd and other advocates, services for the visually impaired also gradually improved. LSPI moved to a better space in Thompson Library in 1981, the same year it acquired a machine that could scan and read aloud almost any printed page.

Today, the Student Life Disability Services office coordinates programs and initiatives for handicapped students, including library services for the visually impaired. Some of the enhanced services incorporate the latest technology. Others rely, as before, on human helpers, such as the staff expert who converts text materials to Braille. “We have a very robust team working on accessible media,” says Caitlyn McCandless, assistant director of student disability services. Together, they help ensure equal access to education and university life for all students.