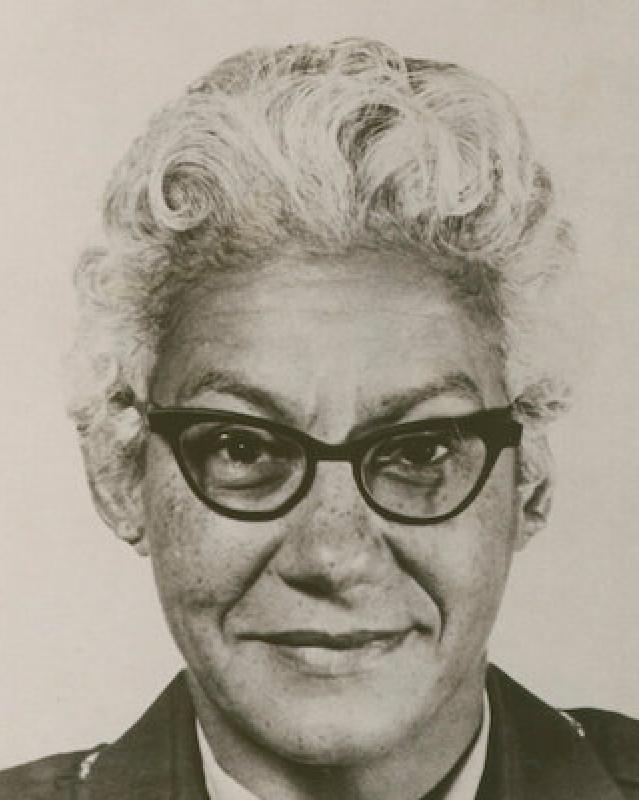 A Legacy of Achievement

Clotilde Dent Bowen overcame barriers in medicine and the military through skill and determination.

In the mid-twentieth century, an era in which African American women were frequently constrained by their race and gender, Clotilde Dent Bowen broke through barriers to create a legacy in traditionally male-dominated fields: medicine and the military.

Bowen was the first black woman to graduate from Ohio State’s College of Medicine—and one of only five women in her class of 1947.

At the time, most African American students who wanted to study medicine attended Howard University or one of the other historically black colleges that were founded beginning in the mid-1800s. “There were very limited opportunities for African Americans to complete medical school at other institutions,” says Leon McDougle, MD, MPH, chief diversity officer at The Ohio State University Wexner Medical Center. In addition, he says, for years the American Medical Association threw up another roadblock by tacitly excluding black physicians from membership.

Overcoming such obstacles, Bowen established a practice in pulmonology in New York City following graduation, then became the first African American female doctor in the U.S. Army when she accepted a commission as captain in 1956. She later specialized in psychiatry and became the first woman to command a military hospital clinic. She went on to be named chief of psychiatry in two Veterans Administration hospitals and two Army medical centers, and was the first black female to achieve the rank of colonel.

In 1970 Bowen was sent to war-torn Vietnam as chief psychiatrist for the entire U.S. Army—an assignment that came much to her “surprise and dismay,” she later told a reporter. Despite her apprehension, her work in setting up drug treatment centers and reducing racial conflicts during the war earned her the Bronze Star and the Legion of Merit. In 1974 she was honored with the Meritorious Service Medal. After retiring from the military and from medicine, Bowen continued advocating for veterans’ health and for education in medical fields for women and minorities, capping what McDougle describes as “an exemplary career of leadership and service.” 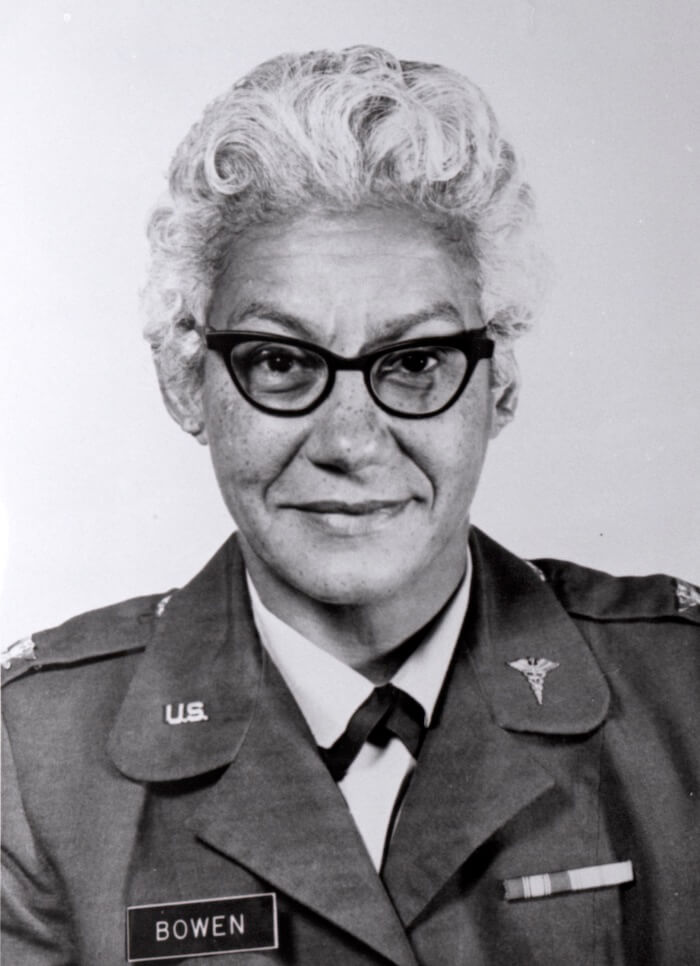 In 2010 Bowen endowed a scholarship at Ohio State to support medical students with financial need. Another award and scholarship, established in her name after her death in 2011, honors students, residents and faculty members. Bowen House, a residence hall on north campus, also recognizes her legacy.

The complexion of the College of Medicine is much different today than it was when Bowen enrolled in the 1940s, says Linda Stone, MD, special assistant to the dean for humanism and professionalism. “The push for increasing the numbers for women and minorities began in the last 20 years but was slow in coming,” Stone says. “Now our culture is shifting.” The college’s most recent annual report shows that women comprise 55 percent of the entering class of 2019 and underrepresented minorities account for 24 percent.

“We’re still working to find the tools to support them in meaningful ways,” Stone says. “Fortunately, with more women and minorities in our medical school, they are guiding us to solutions.” Bowen’s achievements inspire many of those students, Stone says. McDougle adds: “We all stand on the shoulders of giants like Colonel Clotilde D. Bowen, MD.”