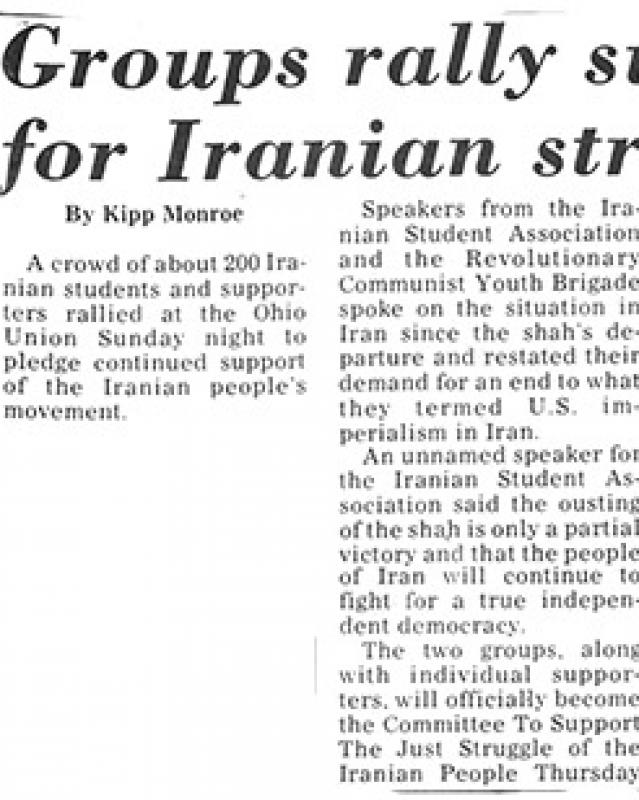 With thousands of international students enrolled at The Ohio State University at any given time and its many partnerships around the globe, the university is not impervious to political turmoil abroad. In the late 1970s, the United States’ relationship with Iran caught the attention of Buckeye Nation.

From November 4, 1979, to January 20, 1981, 52 Americans were held hostage in the U.S. Embassy in Tehran by a group of Iranian students who supported the Iranian Revolution and disapproved of longstanding U.S. support for the Shah of Iran. The shah had been overthrown in 1979 after committing atrocities against the Iranian people, but despite these acts, the U.S. admitted him to the country for cancer treatment. The 150-member Iranian Student Association (ISA) led demonstrations against U.S. support for the autocratic dictator both on campus and at Columbus City Hall. Students shouted “Down with U.S. imperialism” and “CIA out of Iran,” while trying to educate fellow students and Americans about their government’s role in Iranian politics. 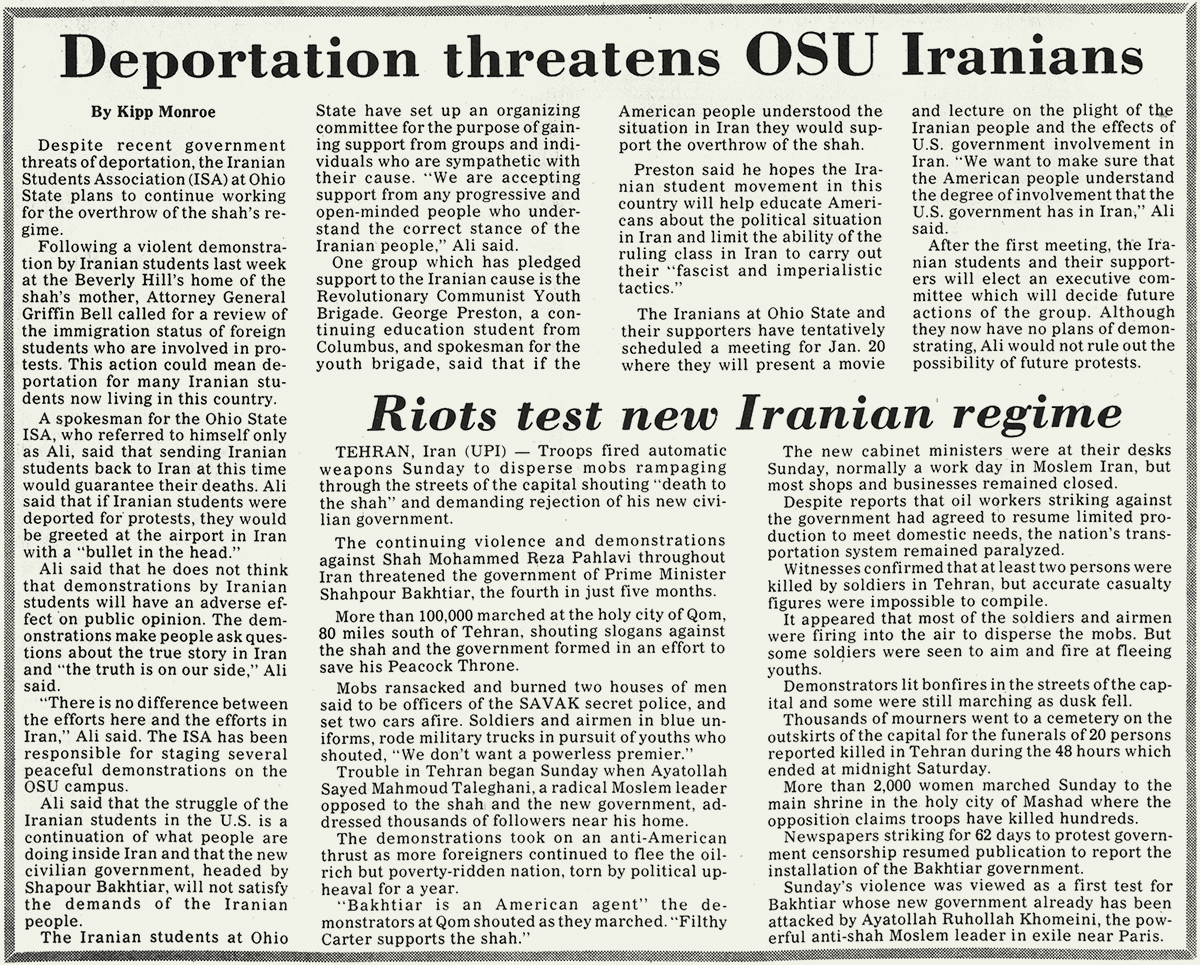 Tensions over the hostage crisis flared and resulted in backlash against the student-activists, who came under scrutiny by both the university and the U.S. government, which threatened them with deportation. Two Iranian students were arrested by Immigration and Naturalization Services on February 27, 1979, prompting 25 members of the ISA to gather outside Lincoln Tower to demand an explanation. In November of that year, the university notified the 174 Iranian students on campus that they would be required to prove the validity of their student visas or face deportation. Threats of deportation were truly frightening; a student spokesperson told The Lantern that deported students would be greeted in Iran “with a bullet in the head.” The atmosphere on campus, however, was not the picture of respect either. 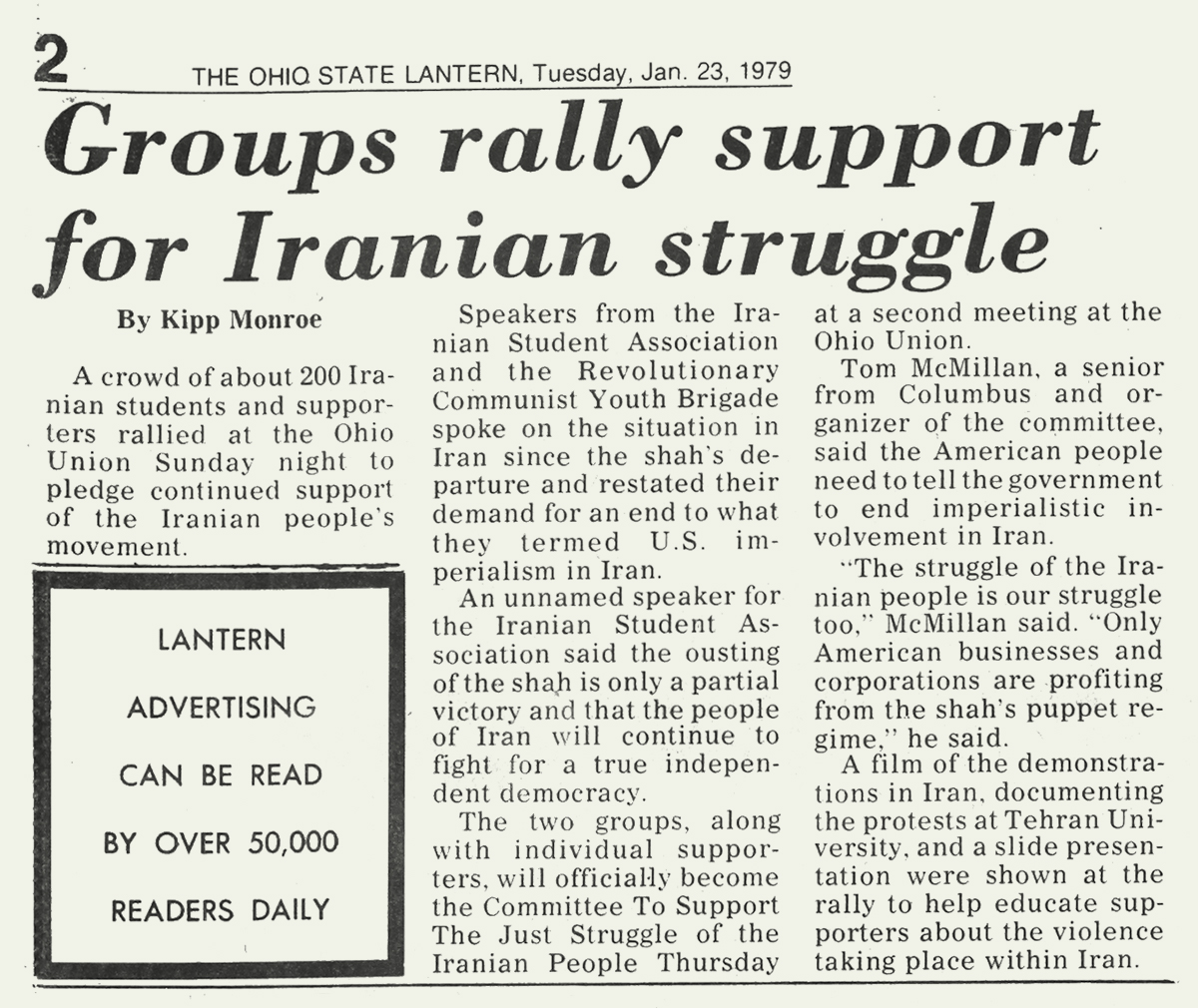 State Senator Tom Van Meter called for the university to “take immediate steps to have Iranian students involved in this anti-American behavior terminated from enrollment at The Ohio State University.” A campus group calling itself Youth for America counter-protested at ISA rallies, singing God Bless America and making statements such as, “If these people really believe in what they’re doing they should be in Iran fighting for their cause.” Molotov cocktails were thrown through the window of ISA President Behzad Bavarian’s High Street apartment, protesters were spit upon, and an Iranian student was hit in the head with an ice ball. Eventually, the protests subsided, but continuing anti-Iranian sentiment in the U.S. led to a drop in Iranian enrollment at universities throughout the country. 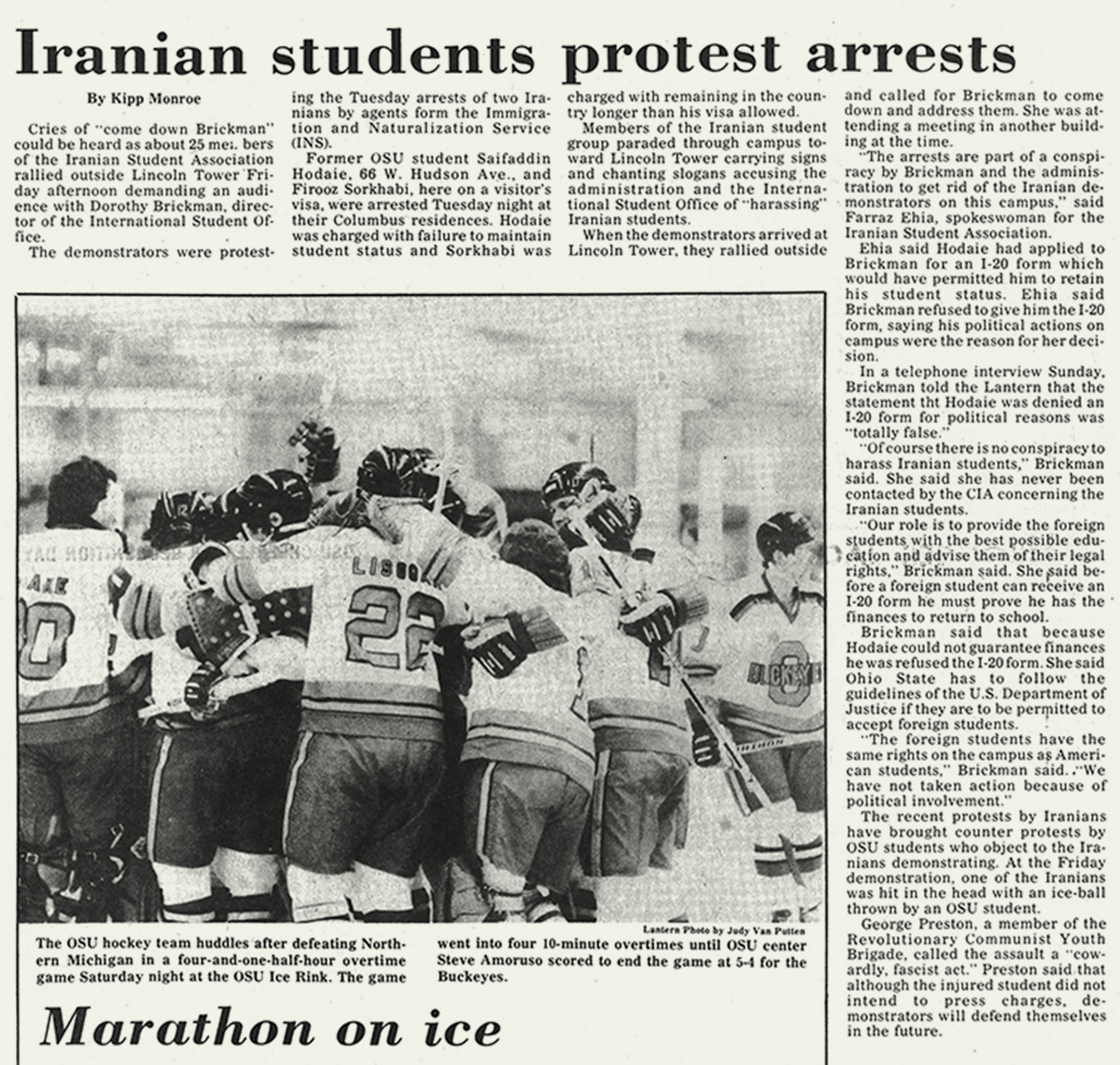 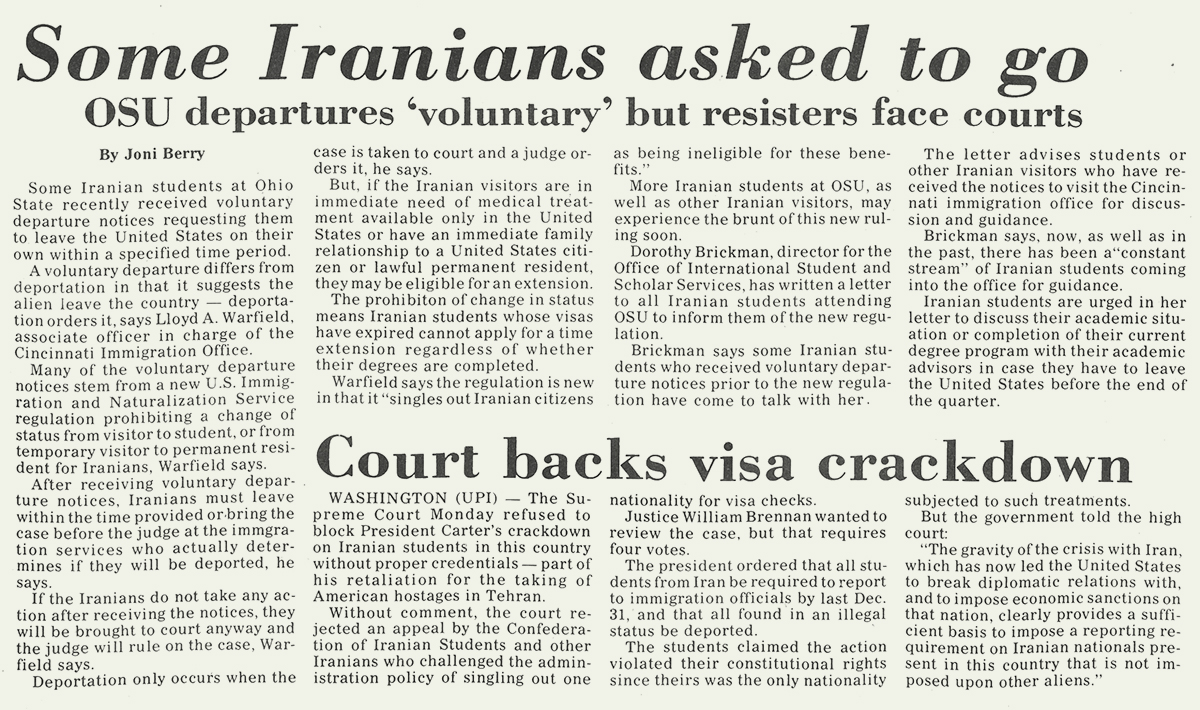