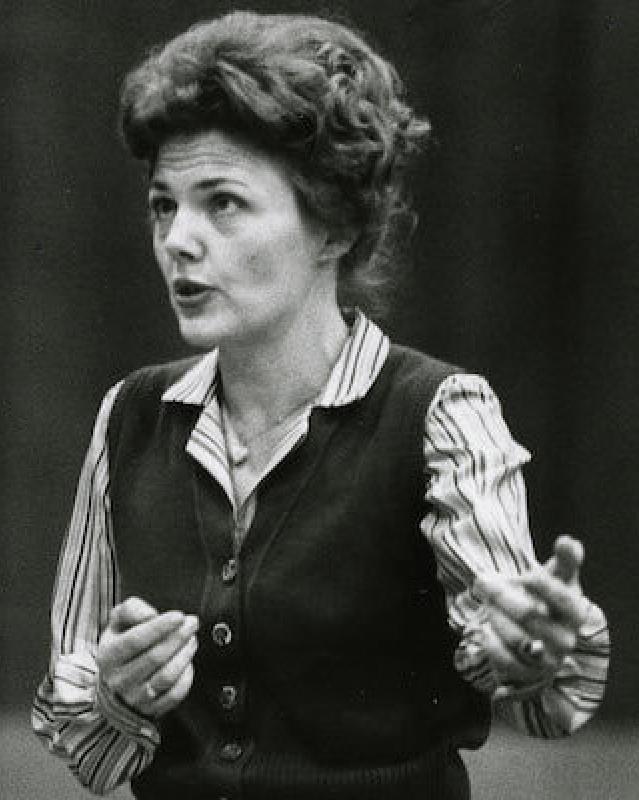 Forging Her Own Path

Hungarian-born fencing champion Charlotte Remenyik’s journey to Ohio State took numerous turns before she became a member of the coaching staff in 1978.

That season would be Remenyik’s first of 21, but it was in 1980 when she made Buckeye history by becoming the first woman to coach a men’s varsity team. Until her retirement in 1999, she led both men’s and women’s fencing, compiled nearly 700 wins and coached numerous All-Americans.

Prior to her tenure at Ohio State, Remenyik coached men’s and women’s fencing at Northwestern University — the same institution where she earned her bachelor’s degree in physical education in 1973, two years after earning her associate degree from W.R. Harper College in Illinois. As a student at both schools, Remenyik competed in the women’s foil, eventually ranking 11th at the 1972 U.S. Olympic Trials. In celebration of her coaching legacy, Northwestern named a fencing competition in her honor — the Remenyik Open­ — which is still held annually. 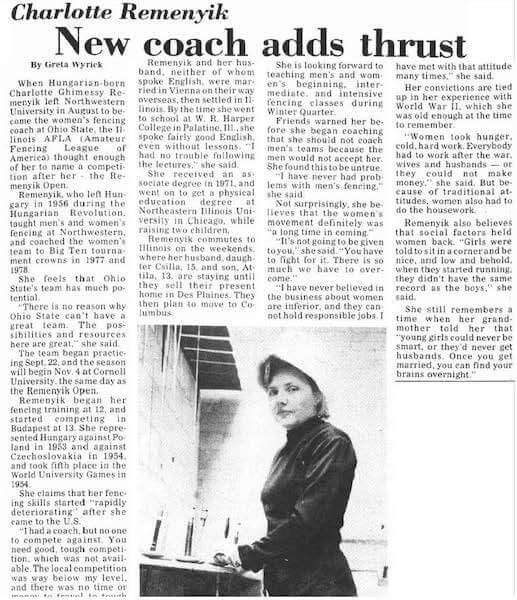 At Ohio State, her coaching success continued. Each year from 1981–84, the women’s team earned the Big Ten title, and in 1985, the men’s team placed third in the Big Ten Championships.

In a June 1999 article in the Ohio State Alumni Magazine, Remenyik reflected on her coaching career and her hope that she had served as a role model for the student-athletes under her tutelage. Referring to the male athletes, she said, “If they end up in jobs where they have a woman as a boss, I’m hoping they are going to look at her not just as a woman but how qualified she is, how good she is at what she does.”

An only child raised by her twice-widowed mother, Remenyik’s strength of character was formed early in her homeland during the years preceding World War II. In an April 13, 2001, interview for The Ohio State University Archives Oral History Program, Remenyik noted the accidental role her older male cousins played in shaping her drive to excel at her chosen sport. The boys attended military school, where fencing was part of the curriculum.

“I was always getting in the way and I wanted to pick up their saber and do the same thing,” she said. “And my older male cousins told me, ‘Get away from here. You are a girl, and besides you are too young.’ I think that’s what definitely influenced me to want to fence even more.”

Remenyik built a Buckeye legacy that was earned through tenacity, passion for her sport and dedication to her students. And her devotion didn’t go unnoticed. In the same June 1999 Ohio State Alumni Magazine article, then-Director of Athletics Andy Geiger said Remenyik had become something of an institution at the university. “She's nurtured the sport and kept the sport growing, without a lot of help and a lot of support,” Geiger said. “I admire her very much.”