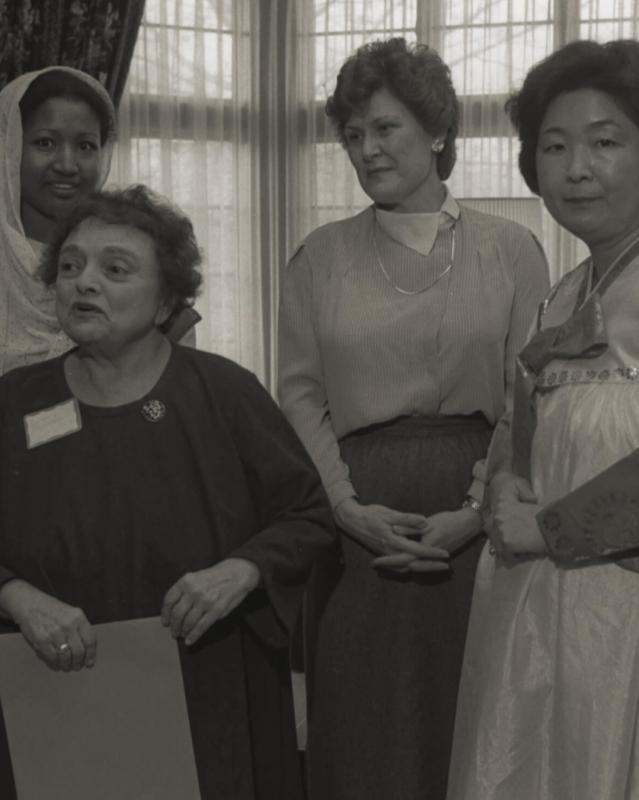 Life can be lonely for international women living in Columbus while their husbands study at Ohio State. A lack of social network, language barriers, and legal restrictions on employment can be isolating, especially for women raising children in a foreign country.

In 1963, after several years of informal activities, a group of Columbus women officially started a club to welcome international women to the U.S. They dubbed it the International Wives Club.

Volunteers from the university and the Columbus community hosted meetings and events designed to help international women make friends and navigate life in the U.S. They held coffee hours in their homes and hosted international visitors for holidays with their families. English department faculty taught a conversational English class every Saturday.

"Many of the wives are from countries where the families are extended (the families live in the same home or nearby). The International Wives (Club) helps them build extended families here."

The club’s Handbook for Wives of International Students, created by the university’s International Students Office, included the sections Shopping and Housekeeping, Telephone and Transportation Services, Medical Services, and Public Schools. It provided descriptions of coffee grinds and cleaning products; instructions for using appliances and feminine products; and guidance on manners, customs, and units of measurement. A Warnings section covered the possible perils of plastic bags and norms about leaving children alone. 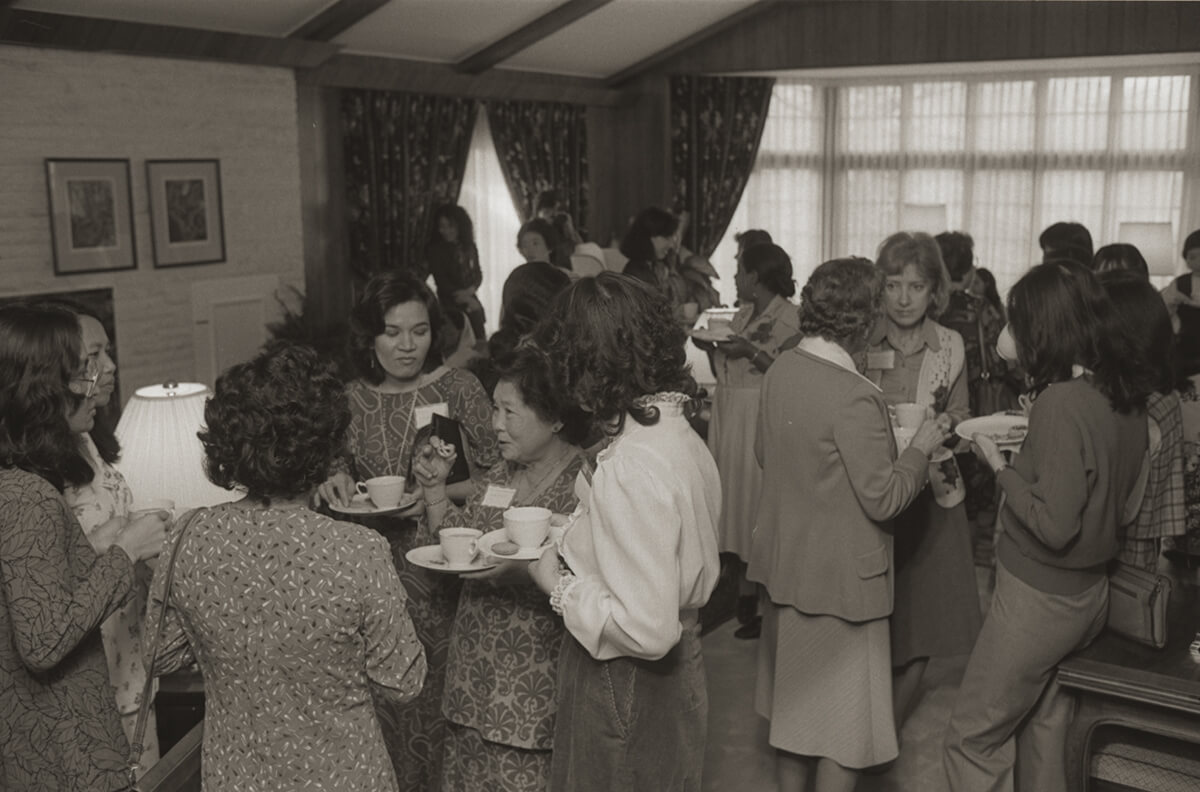 By the mid-’70s, the International Wives Club was becoming known in Columbus for its cultural programming that highlighted fashion, arts, and customs from around the world. Members performed hours-long Japanese tea ceremonies at fairgrounds events and the Lazarus department store, and participated in functions at schools, libraries, and churches. By the mid-’80s the club’s members represented more than 50 countries, club coordinator Marcy Woelfel said in a 1984 interview with the Lantern, and more than 100 members were attending the club’s meetings at St. Stephen’s Episcopal Church on Woodruff Avenue. The English classes were also open to women without an Ohio State affiliation, such as refugees.

According to Woelfel, much of the International Wives Club’s assistance to members in the ’80s centered on locating affordable health care. “The health services we have here are much more expensive from what they have at home,” she told the Lantern. “We inform mothers about services such a free shots for children at the city health department. If they’re pregnant, we work with them to find a place to have their baby.”

Throughout its existence, Ohio State’s International Wives Club offered its members friendship and support—two needs that are universal. “Many of the wives are from countries where the families are extended (the families live in the same home or nearby),” said Dorothy Brickman, who spoke to the Lantern in 1984 when she was the university’s director of International Students and Scholars Services. “The International Wives (Club) helps them build extended families here.”