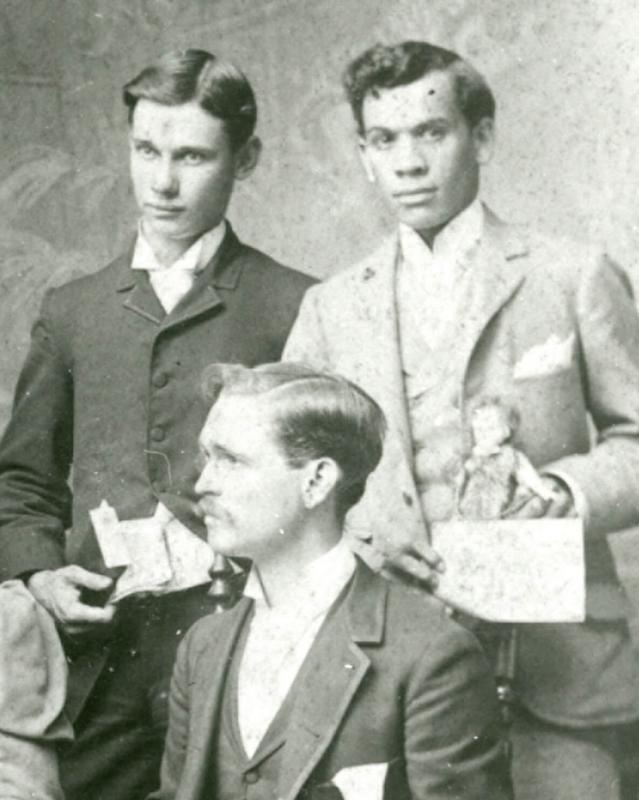 By the time Frederick Patterson enrolled as one of the first African American students at Ohio State in 1889, he was accustomed to breaking barriers.

The son of an escaped former slave who had founded a successful carriage business, Patterson had no other options but the all-white high school in his hometown of Greenfield, Ohio. When he was refused admittance, his father filed suit against the school board. The family prevailed, and Fred went on to graduate as valedictorian of his class.

At Ohio State, Patterson continued to excel, playing on the football team as a sub for at least two seasons, participating in the Horton Literary Society and serving as assistant business manager for The Lantern student newspaper.

Even with a limited historical record from that time, Patterson stands out. In a section of The Lantern titled “Local and Personal”—largely society updates about whose parents visited campus or who pledged to a fraternity or sorority—a sentence reads: “Fred Patterson says the Florida legislature has voted to make Jefferson Davis’s birthday a holiday once a year.” One of only two African American students on campus, Fred called out the legislation of a holiday honoring the president of the Confederate states.

The same issue of The Lantern also includes a line highlighting Patterson’s political interests and ambitions: “Horton Society will open up next fall with a rousing meeting. Dungan is to make a campaign speech for (Democratic Ohio Governor James E.) Campbell, and Fred Patterson for (Republican gubernatorial candidate William) McKinley.” Patterson went on to become something of a politician himself, winning election to class president in 1893.

Handwritten on the back of the photo: Members of the Ohio State Company that Won the Competitive Drill at Portsmouth, Ohio, July 4, 1890

Just short of attaining his degree at Ohio State, Patterson left the university for reasons unknown to become a high school history teacher in Louisville, Kentucky. Later, when his father fell ill, he returned to Ohio to take over the family business and transitioned C.R. Patterson & Sons from a carriage business to one that made automobiles—making it a company that the Smithsonian National Museum of African American Culture & History says “was, and remains to this day, the only African American owned and operated automobile company.”

The first Patterson-Greenfield cars sold in 1915 for about $850 and competed with Henry Ford’s Model T before Patterson pivoted to building bodies for trucks and buses set upon Ford and GM chassis under the name Greenfield Bus Body Company. By 1929, his company was building nearly 40 percent of Ohio’s school buses. He championed other African American businesses as well, serving as president of the Negro Business League and developing a reputation as “one of the most widely known leaders of the colored race in southern Ohio,” according to his 1932 obituary in Ohio State’s Alumni Magazine.

In a 1965 interview with the Pittsburgh Courier, Patterson’s sister Katie Buster recalled, “The Patterson-Greenfield Automobile never reached the mass-production level due to credit limitations, but we are proud indeed. It was a credit not only to our race, but was considered one of the prominent businesses of Southern Ohio … meeting the needs of many people.”