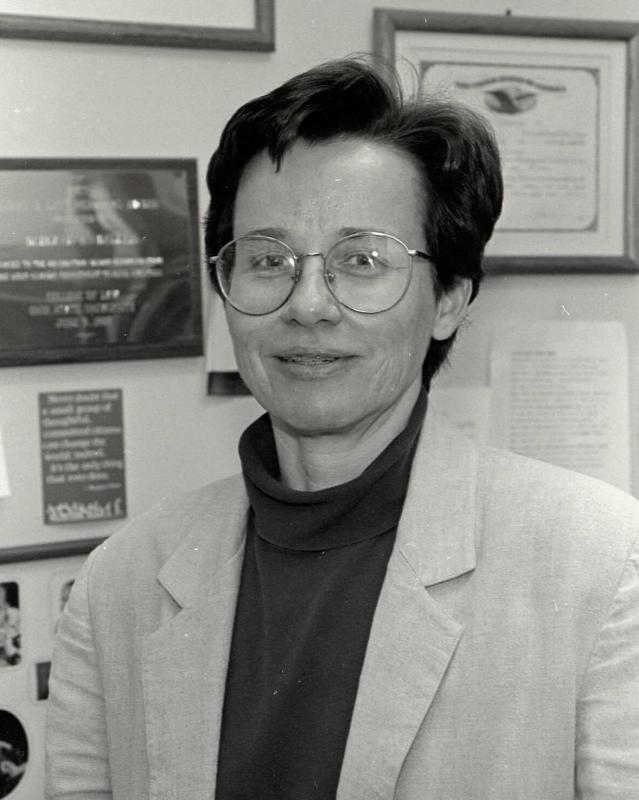 When Arnon Reichers was hired at The Ohio State University in 1982 as an assistant professor in the College of Business’s Department of Management and Human Resources, she joined Marcia Miceli to become the only two women in the department.

“It was like a frickin’ locker room, and I have always had a bawdy sense of humor,” Reichers recalled in a 2013 oral history. “I am not prudish when it comes to swear words or sexuality or anything, but being the butt of sexually oriented jokes is a put-down.”

In 1987, Reichers and Miceli led women faculty in the college in creating a “Chilly Climate Report” to inform the dean of the atmosphere’s effect on women. “We had sort of met and decided that things in the College of Business were just too sexist and too disgusting, and we wanted to do something about it,” Reichers said. “But we had to get all the women—all the faculty women in the college—to join us, because we were so scared that if it was just a few of us, people would say, ‘Well, that’s your problem. It’s not widespread.’”

"It was like this potential tsunami of voices that could simply be marshaled whenever it was needed."

Every woman in the College of Business signed the report.

The business professors began connecting with other women at the university and found that throughout campus women faculty and staff were contending with common challenges. A group began meeting regularly, often in the Faculty Club, to discuss how to improve the university’s climate. It had no official structure or affiliation with a university office, and everyone was welcome. Members liked the idea of a group with no name effecting change and came to call themselves simply the “women’s grassroots network.” They made it their mission to create a more inclusive culture at the university in which diversity was valued.

“It was like this potential tsunami of voices that could simply be marshaled whenever it was needed,” Reichers said. “And it was so big, and it extended across so many genres of women, faculty, staff, students, that it couldn’t be ignored. It was great. It was huge. It was great.”

The network’s primary tool for change was constructive conversation. Its first act was presenting a letter to newly appointed President E. Gordon Gee in 1991 that more than 600 women had signed. Their request: that women be given fair consideration for four vacant vice president positions—a title held by no woman at the time. Women were hired for three of the positions. The group hosted lunches with deans and vice presidents where women shared with them their experiences with the climate and gender issues. And it stepped in to support women fighting discrimination.

“We had thousands of women all over campus,” said Deborah Ballam in a 2013 oral history. Ballam, then an associate professor of finance, earned the university’s Distinguished Affirmative Action Award in 1992 for her role in creating the group. “We would do letters with 1,100 signatures. We had women everywhere involved in this, and when I think about George (H.W.) Bush’s thousand points of light, it seems so corny, but it’s so true. It’s the aggregation of all the little things—every single person—that makes the change happen.”

Over time, the women’s grassroots network noticed a change in who deans were hiring

“They brought in senior women,” Ballam recalled in a 2013 interview. “Then they started retaining them. They started retaining more faculty of color. Then the whole culture started to shift to become more family-friendly. It shifted to become more friendly to the GLBT community. And lo and behold, the bottom line was the straight white men liked the culture a lot better, too.”

One of The Women’s Place offerings Ballam launched during her five years as director is the Art of Hosting Meaningful Conversations. The program, as Ballam described it, “teaches different techniques for how human beings can engage with each other.” She and a colleague heard about the program at a workshop and immediately saw its relevance to The Women’s Place mission. “We concluded ‘This is what we have to do. This is how we can change the culture that will make it a better environment for everyone.”