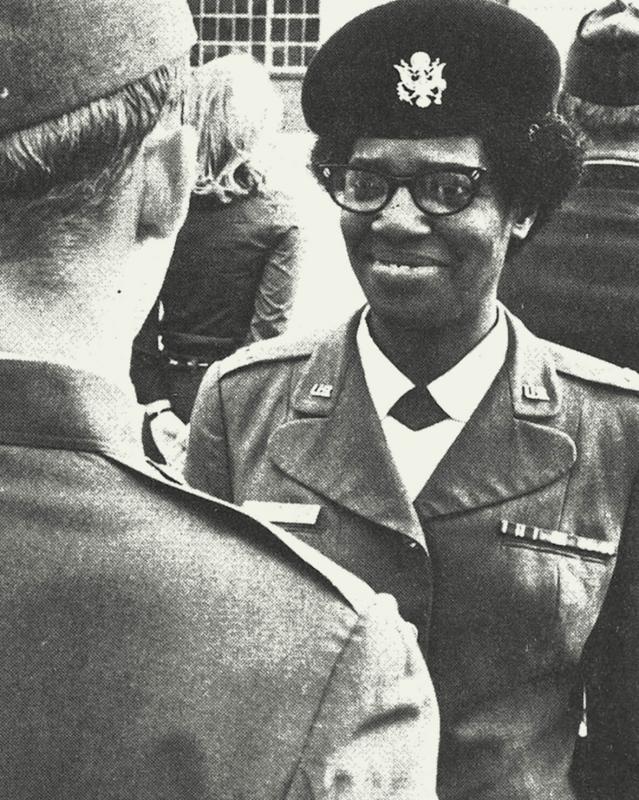 Up for a challenge: Rosetta Armour

In 1970, at a time when women in the U.S. Air Force were in a separate program from the male troops, Col. Rosetta Armour established herself as a nationwide leader. When she reported to Ohio State’s Air Force Reserve Officer Training Corps unit in July that year, Armour, then a captain, became the AFROTC’s only African American female instructor in the nation.

"It (was) an unconceivable idea to them that a girl might be commanding them on the drill field."

In 1969, Ohio State had become the first university to offer ROTC training for what was called the Women’s Air Force. “Most male students were prepared for a woman instructor,” Armour told the Lantern in May 1972; however, “it (was) an unconceivable idea to them that a girl might be commanding them on the drill field. They have a mental image of a man, so they have to adjust their mental picture to seeing a woman.”

During her three years at Ohio State, Armour taught freshman aerospace studies courses and oversaw the Professional Officer Course for Women’s Air Force ROTC students. In 1972, she received the Alfred E. Wright Award for her work advising the AFROTC Angel Flights, a national service organization for women, making her the first military person to earn the campus-wide honor. 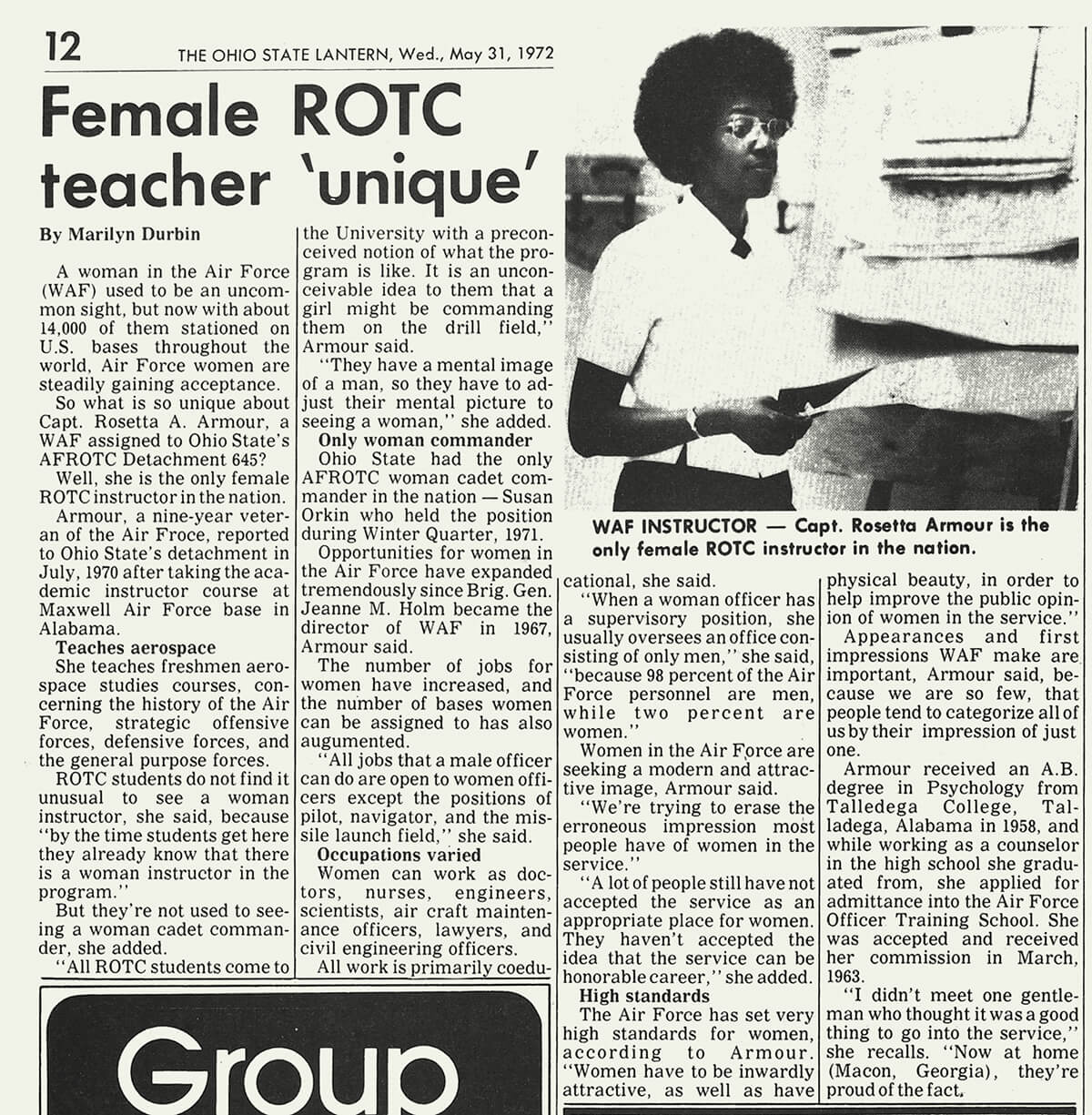