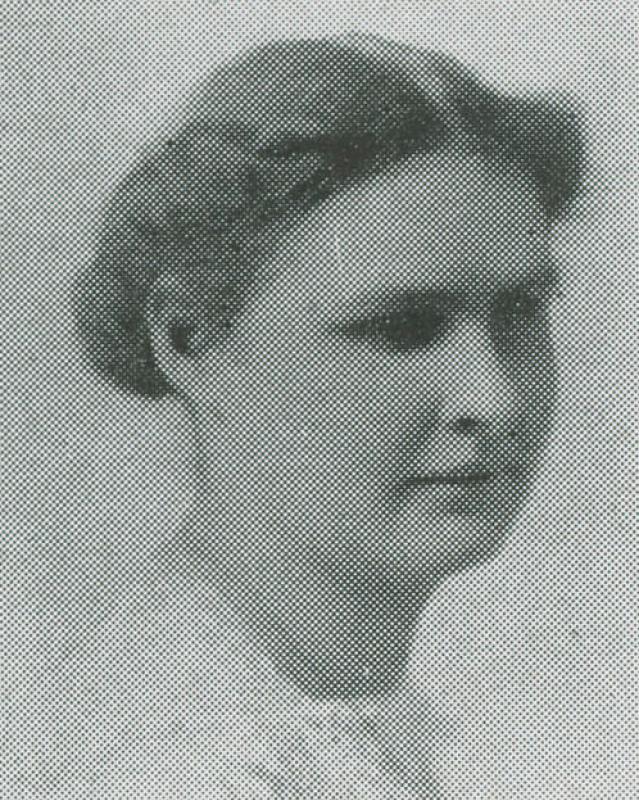 Imagine navigating life on the Ohio State campus without being able to see anything: the sidewalks on the Oval, the obstacles—such as fire hydrants and signs—that sighted persons might not even notice, the faces of professors and classmates, the choices of meals in the dining halls, the written texts and tests that determine grades

Blind students do it every day using the skills and senses they’ve developed, and with help from Student Life Disability Services. Since 1974 the office has assisted students with vision, hearing and physical impairments and other disabilities. It currently serves more than 3,000 individuals, including seven totally blind students and some 60 students with low vision. Two blind students graduated in spring quarter 2019.

In contrast, no formal accommodations were available in 1914, when Eleanor Brown became the first blind person to graduate from Ohio State.

After attending the Ohio State School for the Blind in Columbus, Brown worked at a box factory in Dayton for three years to save enough money to cover her initial expenses at the university.

There had been “considerable opposition” to her entering Ohio State, said a 1937 Lantern article, but several influential faculty members supported her. President William Oxley Thompson solicited a scholarship for her from alumni. Brown used a typewriter and books printed with raised letters and in Braille. Roommates helped with assignments. Instructors gave her oral examinations.

“Her competency in teaching, coupled with an unfailing cheerful attitude toward life, have made her a favorite with students and fellow teachers alike.”

The machinery and methods to aid visually impaired students have changed—along with the awareness that providing such services is the right thing to do—but the goal remains the same. “Our responsibility is to put materials in a format that allows them to have equal access to their courses,” says Caitlyn McCandless, assistant director of student disability services.

Conversion of text materials is one of the office’s most requested services. Although some students read Braille, the majority use computer programs that turn written text into speech.

The office provides assistants to help in situations such as chemistry labs and art classes, and to train students to find their way around campus. Tactile maps are available, but many students use the navigation applications on their phones. A paratransit service offers transportation between points on and off campus. Students also can ask for scribes and request additional time to complete tests.

“Students who are blind are expected to complete the same requirements as every other student,” McCandless says. 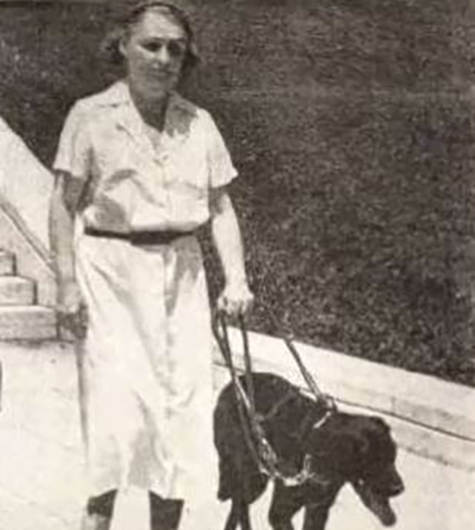 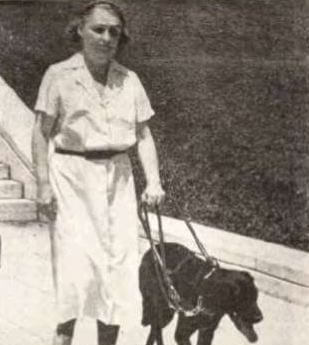 Eleanor Brown walks with a seeing eye dog down a sidewalk

After her graduation Eleanor Brown went on to a long career as a teacher in Dayton, taking breaks to earn advanced degrees from Columbia University. She is credited as the first blind woman to receive a doctorate from Columbia.

A 1948 article in Ohio State’s alumni magazine said: “Her competency in teaching, coupled with an unfailing cheerful attitude toward life, have made her a favorite with students and fellow teachers alike.”