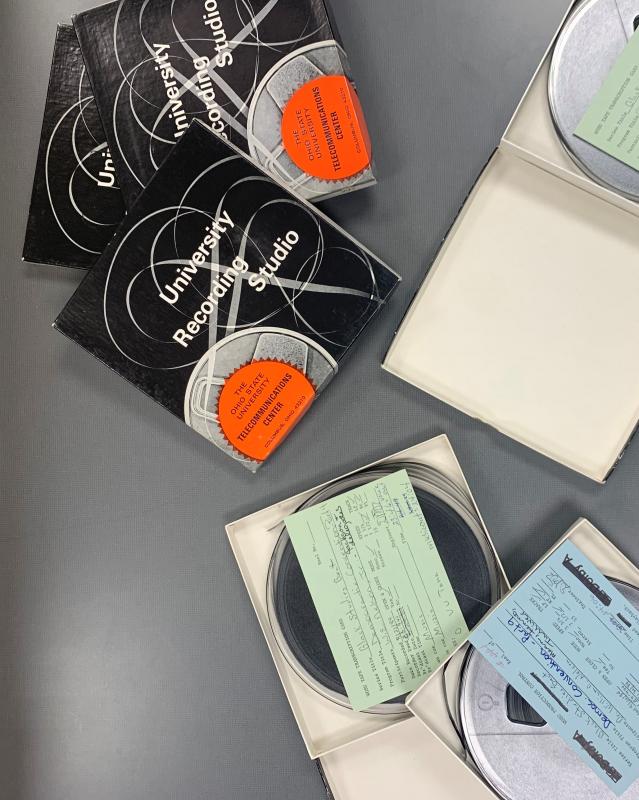 From 1970 until 1980 the Black Studies Broadcast Journal was an Ohio State University radio program that aired on WOSU. It was produced by the faculty and administration of the newly formed Black Studies Department and was an important platform for Ohio State's African American community. In an article from The Lantern in 1972, Nathaniel Fullwood said, "The Black Studies Broadcast Journal is a radio program specifically designed to address itself to the professional interest, the cultural, the historical contributions, and general interest input of black citizens of Ohio State and the Columbus community.” The program includes extended interviews, discussions, lectures, music, poetry and debates about local and national issues.

Jesse Jackson talks about his childhood and the experiences that led him to activism. He describes his latest effort called Operation PUSH (People United to Save Humanity) and has a wide-ranging conversation about American society, education, and politics.

September 1979 - Muhammad Ali speaks to an audience in Mershon Auditorium

Heavyweight champion Muhammad Ali gives a talk to a lively audience on the “The Intoxications of Life”. He shares personal stories, successes and failures, and his thoughts on spirituality.

This program presents segments from multiple broadcasts, including: the Allan Bakke higher education affirmative action lawsuit decided by the Supreme Court of the United States; lectures by Louis Farrakhan, Maya Angelou, Muhammad Ali, and actor Ossie Davis talks about some of the major figures from the civil rights movement. The final segment reviews the history of the Black Studies Broadcast Journal.